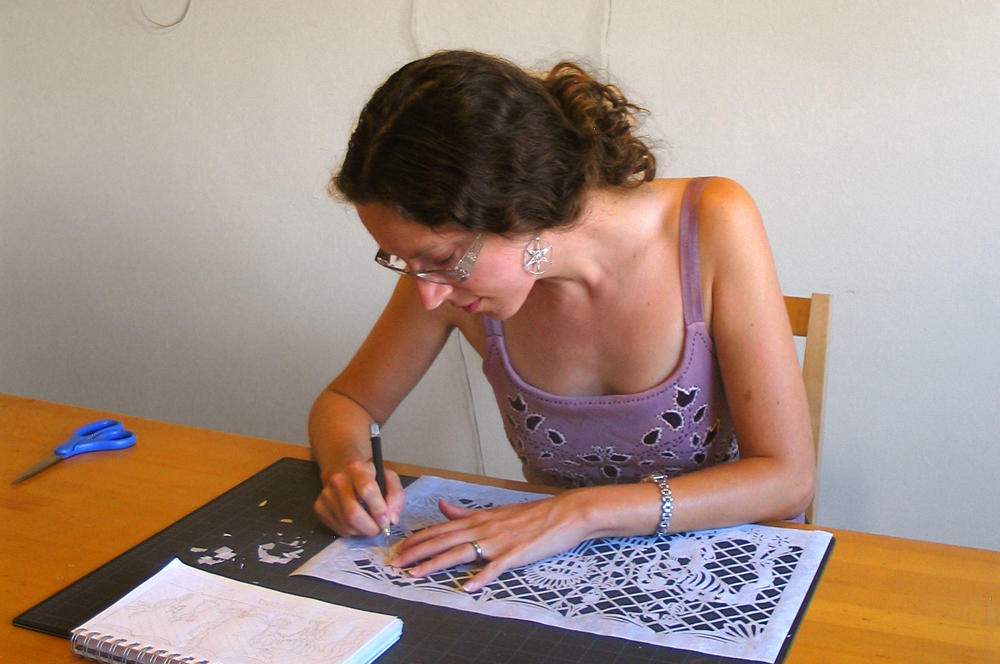 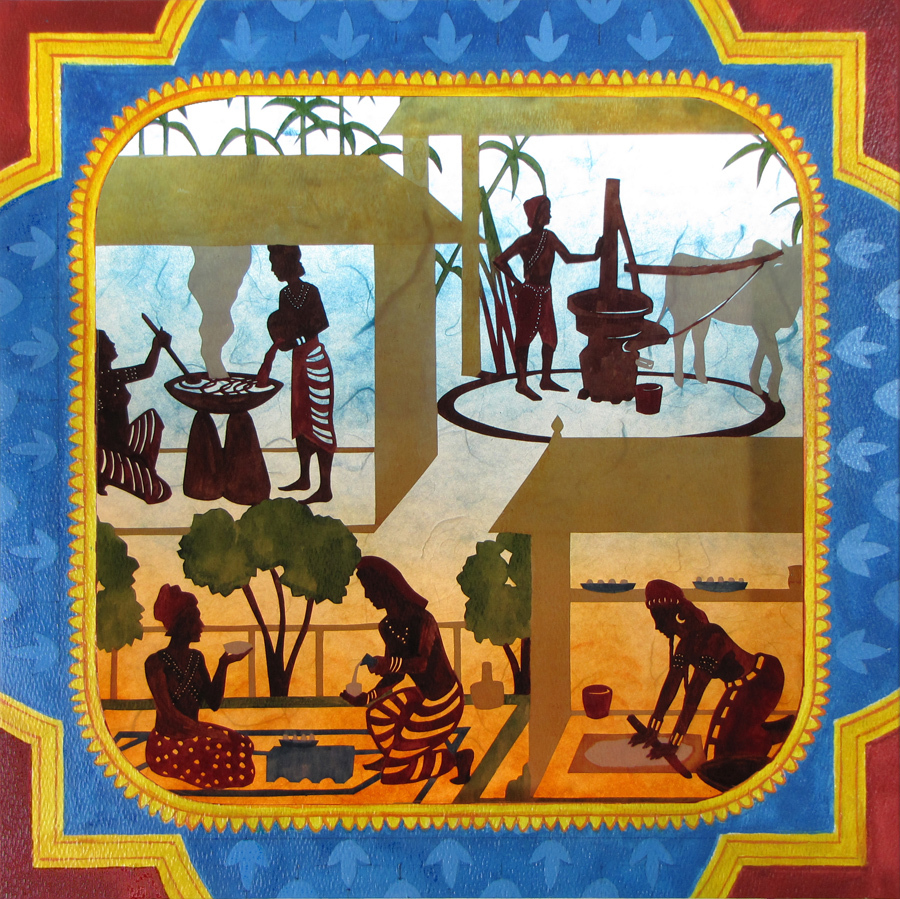 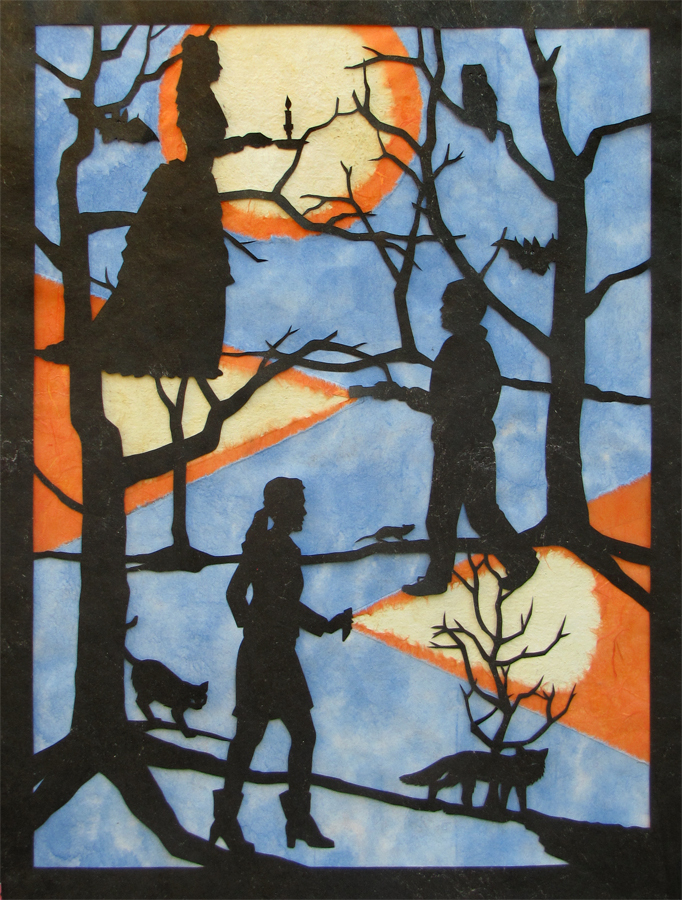 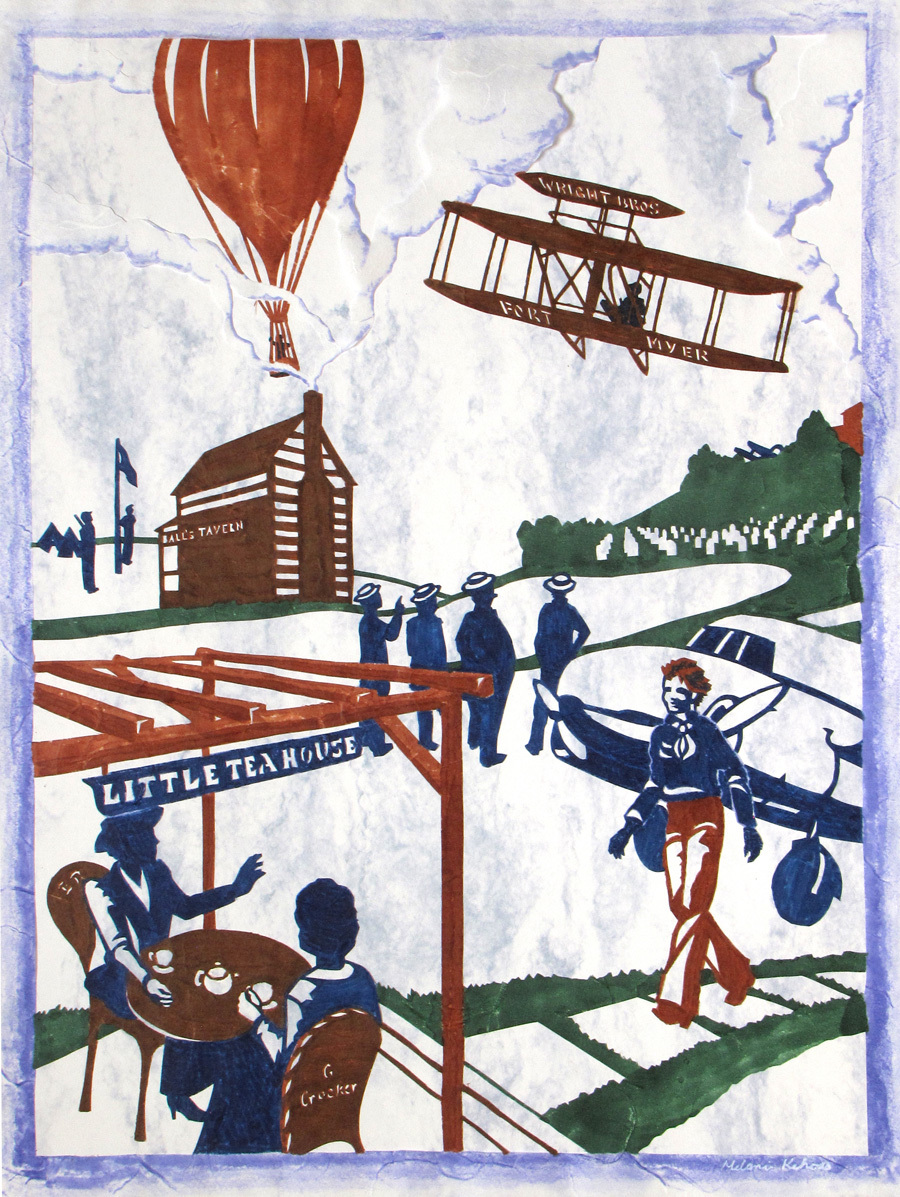 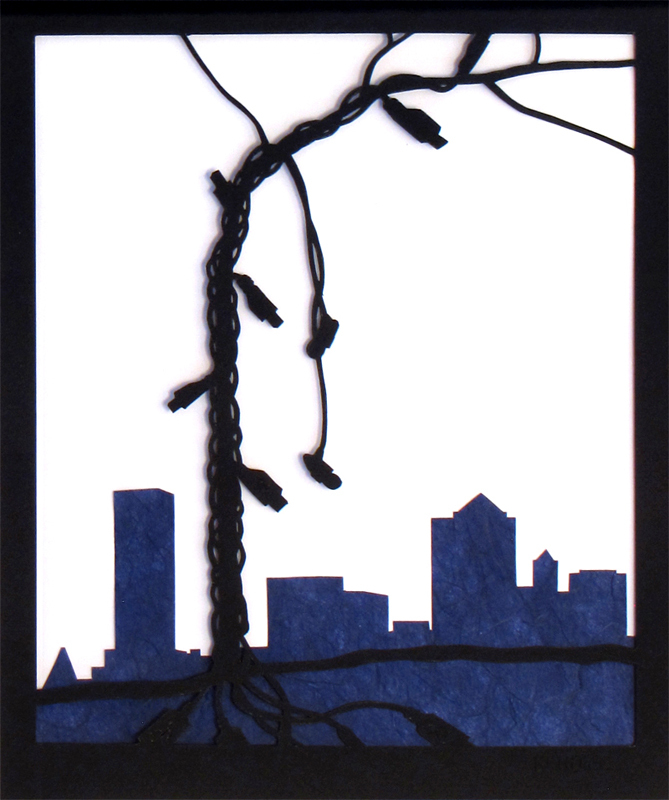 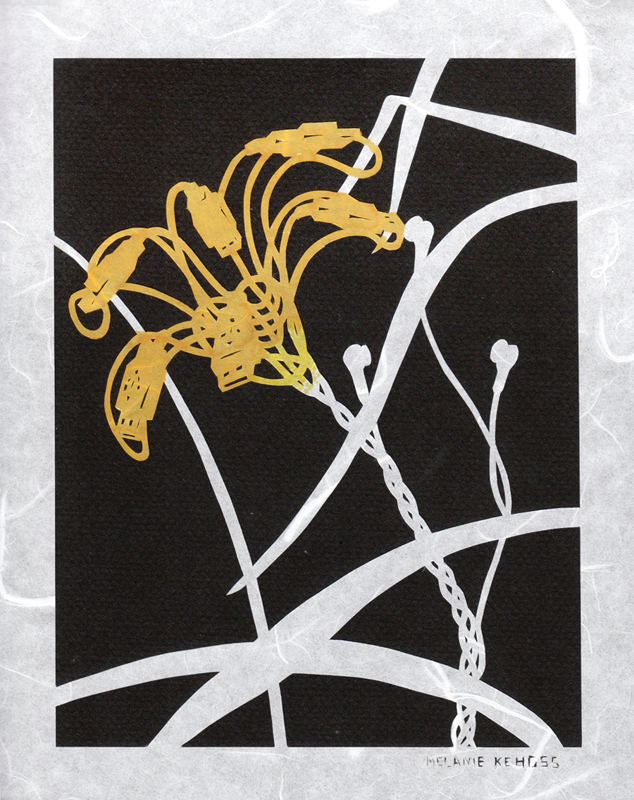 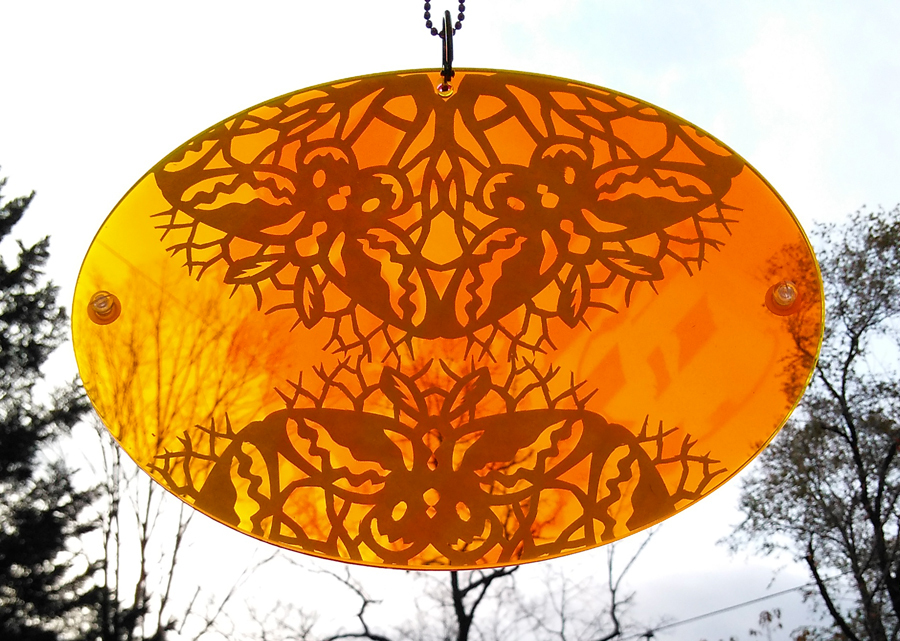 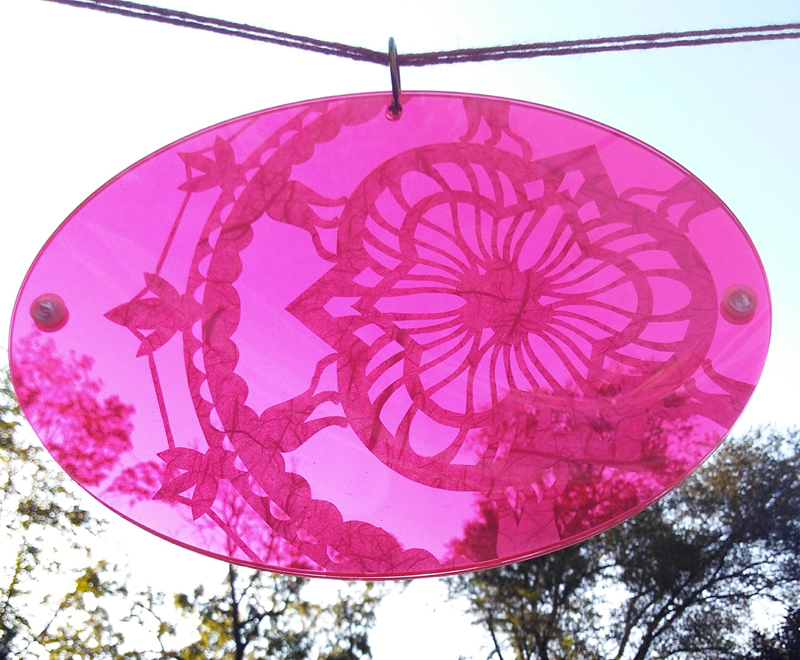 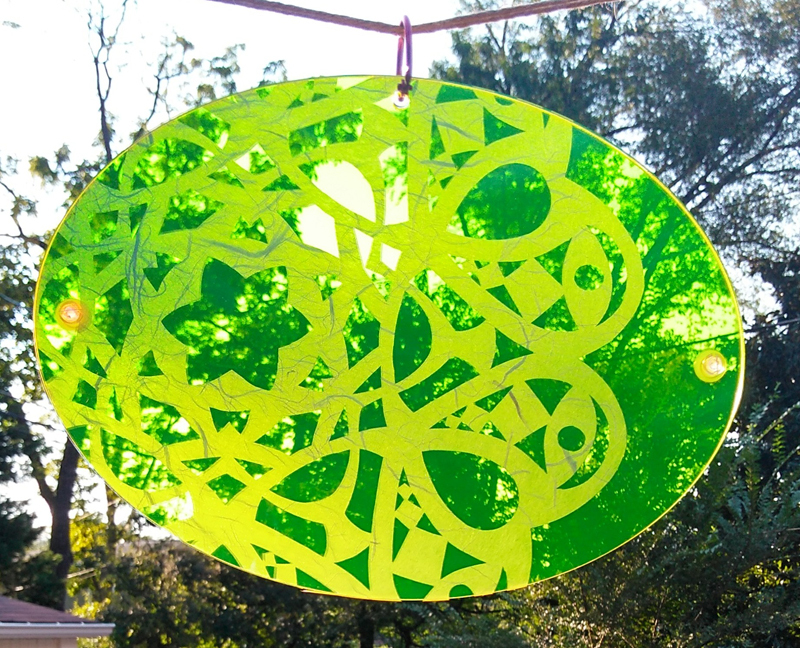 I am fascinated by the often surprising origins of cultural phenomena. I am inspired by customs that have evolved from the mingling of varied ethnic and religious backgrounds, and with the sway of technology and trade. Cut paper enticingly balances simplicity and complexity: simple because an artwork may involve only one sheet of paper, complex because I can reduce that sheet of paper to a detail as fine as lace. Each piece is like a puzzle that requires thoughtful consideration of positive and negative space. I cut by hand because of the smooth, controlled, yet gestural line that a hand-held knife creates.

Melanie Kehoss is an artist and educator based in Arlington, VA. In 2003, she began exploring papercutting as an alternative to digital media, and continued to experiment with cutting approaches as a graduate student at University of Wisconsin-Madison. In 2008, Melanie began displaying her papercuts as light boxes, which remain her signature. Melanie’s work has appeared in over ninety exhibits throughout the country, and has been featured in solo shows at venues such as Fred Schnider Gallery (Arlington, VA), Blackrock Center for the Arts (Germantown, MD), Hillyer Art Space(Washington DC), and Orange County Center for Contemporary Art (Santa Ana, CA). Her room-sized lightbox, "Through the Kitchen Door", was featured at the Torpedo Factory throughout the fall of2020. Melanie currently teaches art at Arlington Arts Center and US Arts Center-Chantilly. She manages the Arlington Visual Art Studio Tour and serves on the board of the Guild of American Papercutters.