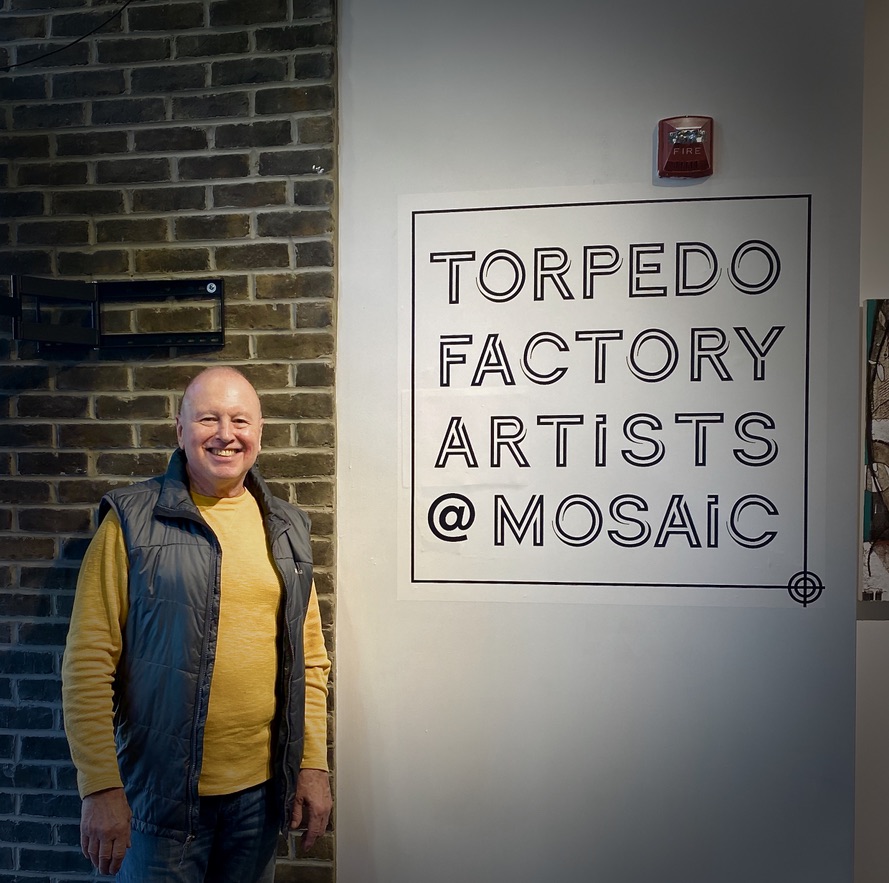 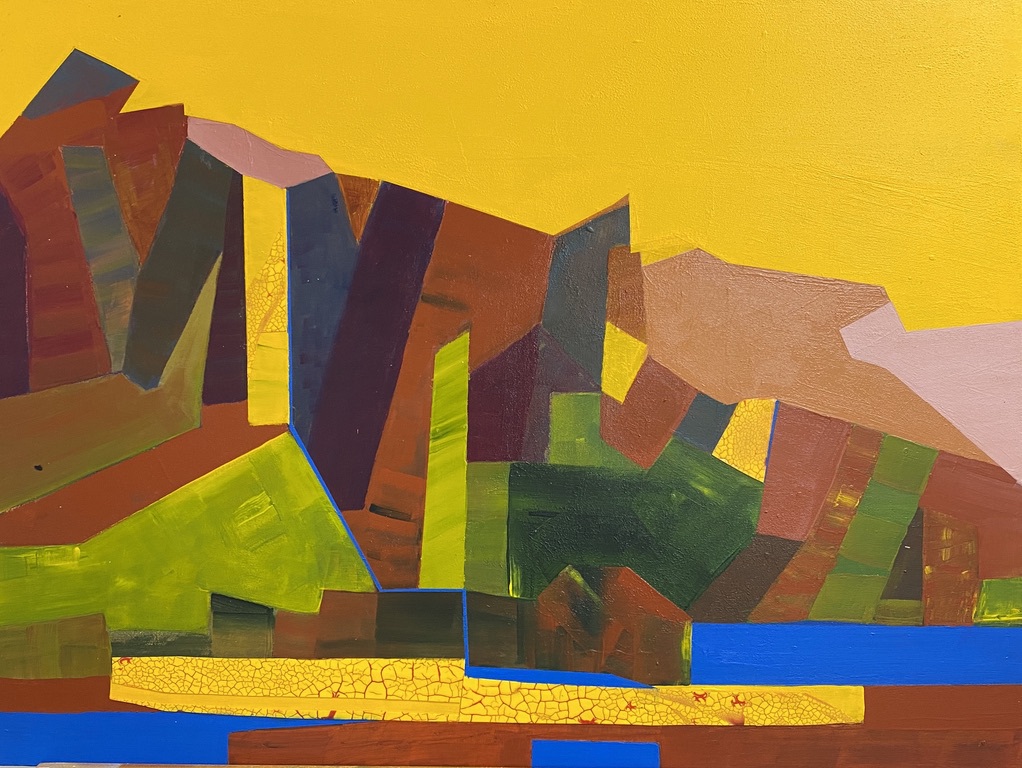 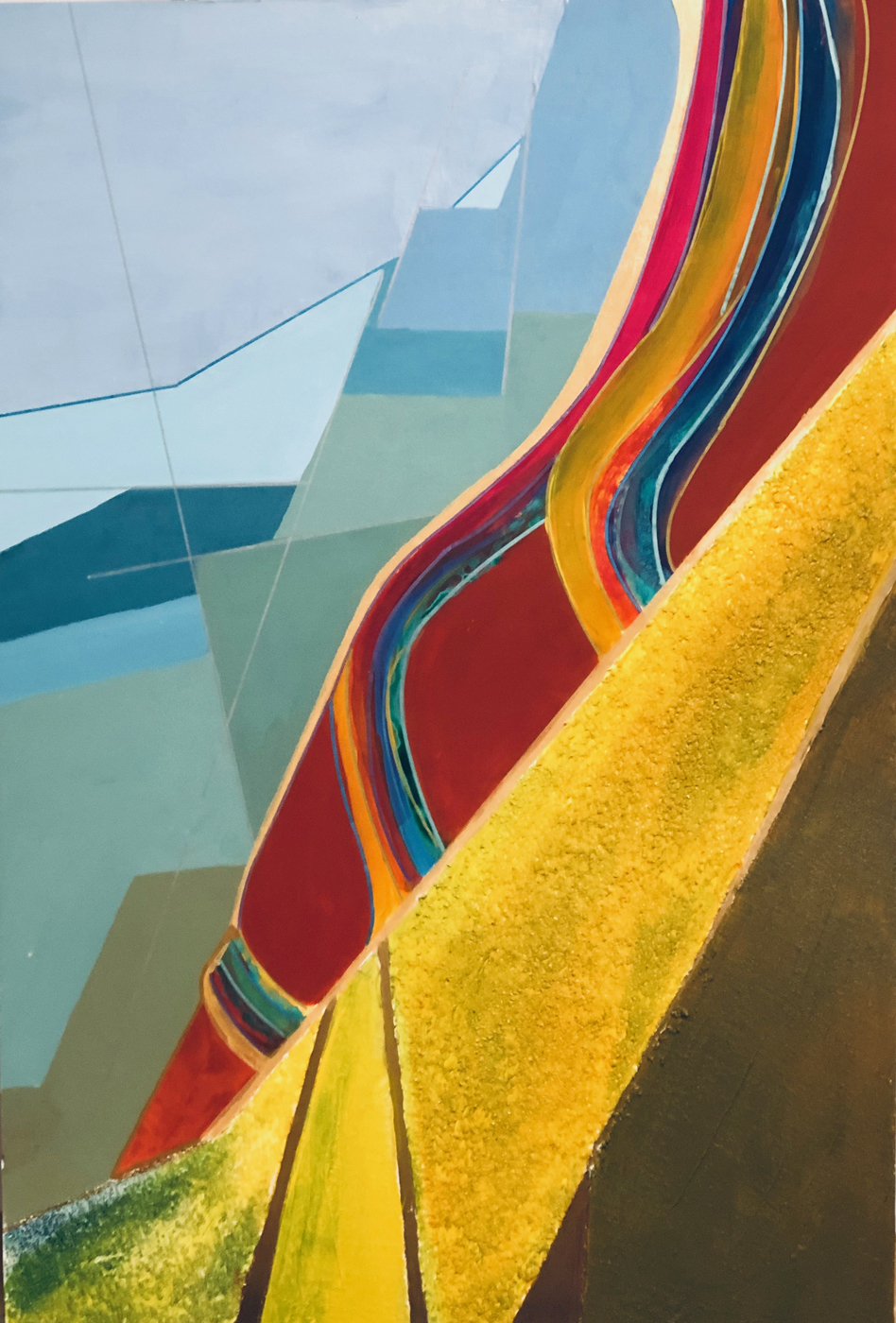 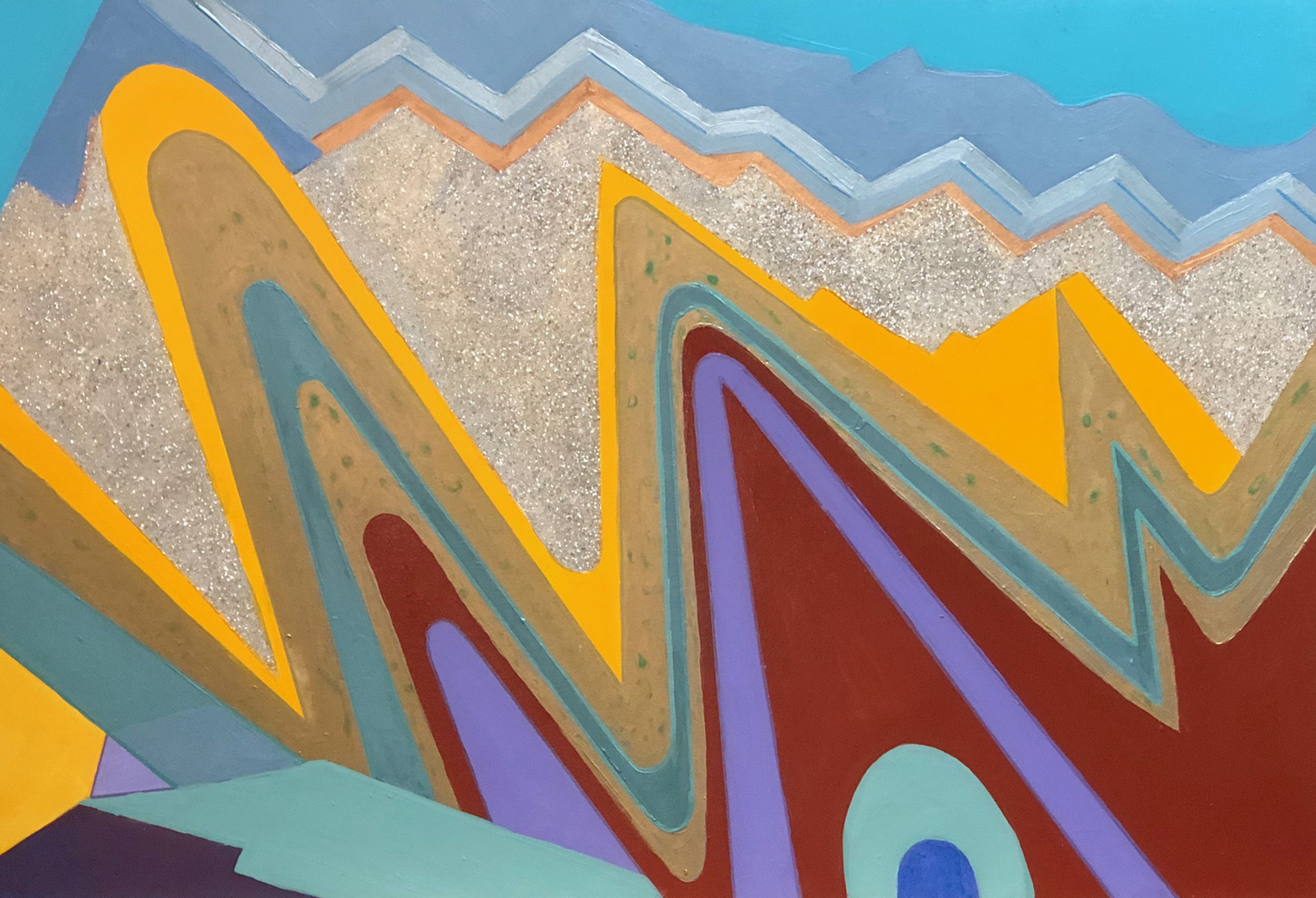 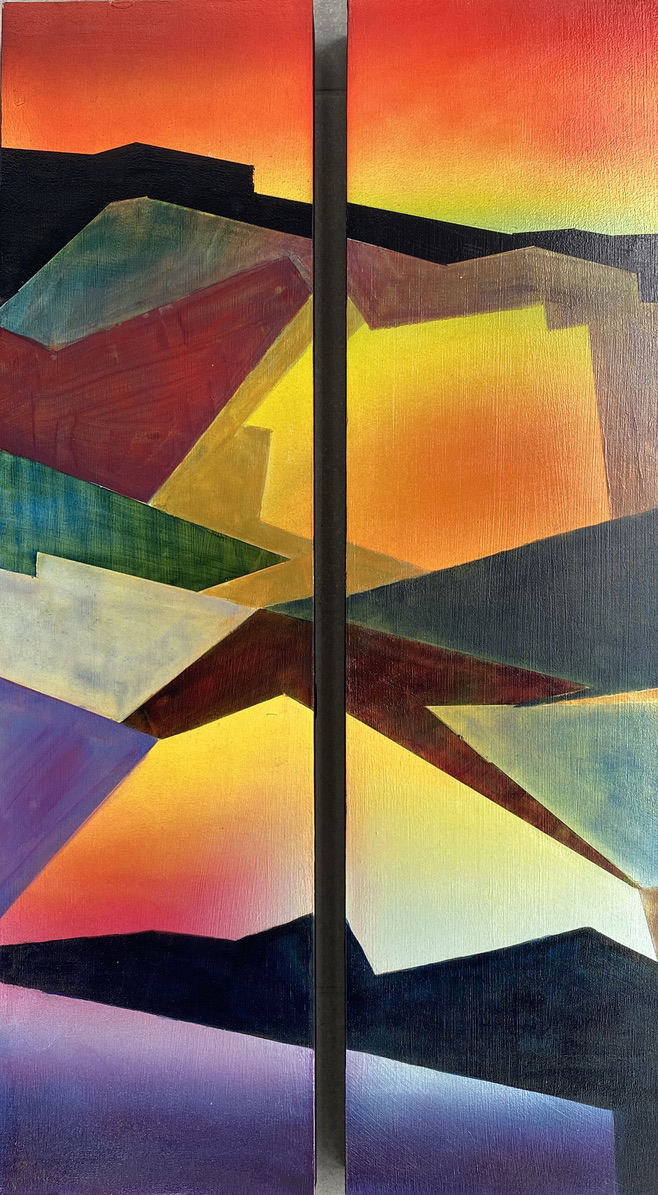 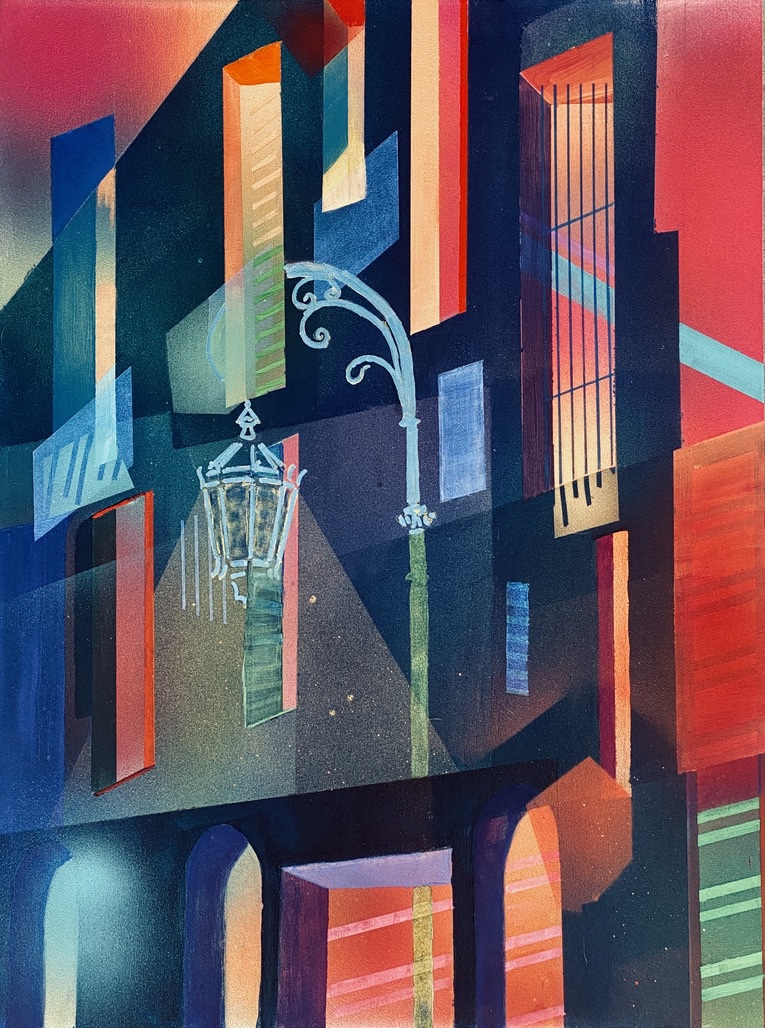 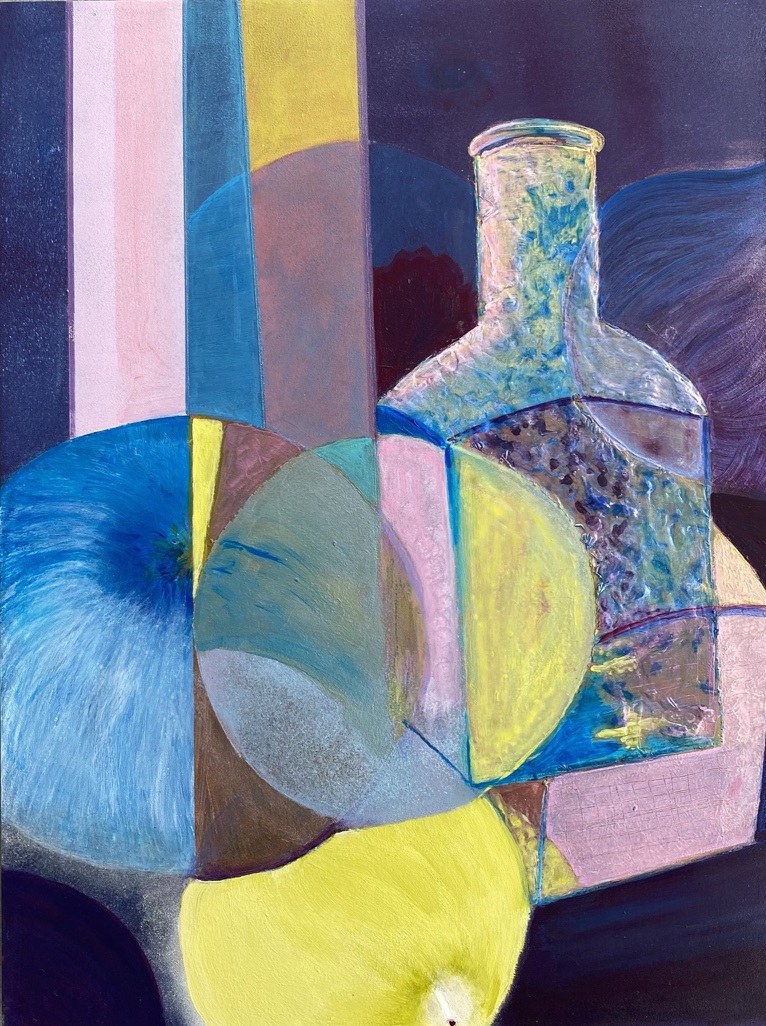 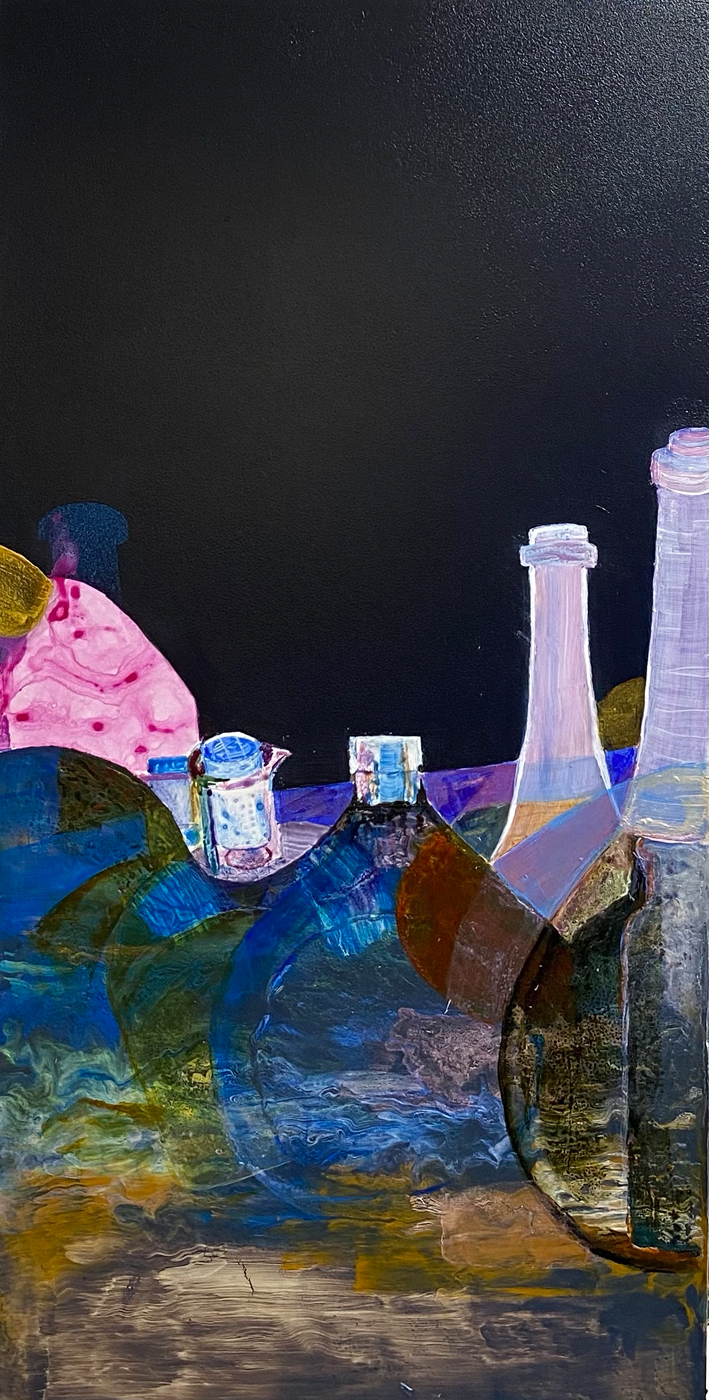 "Painting is way difficult, when you think you you know how, you realize you don't" Once, at a local art museum, I read this quote from Paul Cezanne who, by then, was already in his early sixties. I am someone who started painting not so long ago, and that statement has had a great influence in the way I approach art-making. Painting it is another way of expressing my feelings and emotions as music once was; a two dimensional way of depicting the world as I might see it at one particular moment. But, above all, it is a never ending learning process that, through new ideas, styles and techniques, enriches the means and ways I have to express myself through art. I am selfish, because I paint mainly for myself. Nevertheless, it gives me immense pleasure when others are moved (however that might be) when they are exposed to my work. It doesn't matter if they see what I see in it or not, as long as it touches them somehow.
Whether representational or totally abstract, what I paint is always based on something real, usually from the natural world I enjoy and love so much. I hope that I will be successful in exposing others to see the world that way too.

Was born in Buenos Aires where he attended a the National Conservatory of Music In Buenos Aires. He graduated with degrees piano, harpsichord and conducting and had a successful career both as a pianist and conductor.
He traveled to England on a British Council Scholarship, studying at the TrinityCollege of Music, London for two years. Eventually, with a Fulbright grant, he came to the United States and earned Master’s and Doctoral degrees inconducting and composition. He then taught at colleges and conducted professional and youth orchestras, as well as choruses in several states.
Upon retiring, he decided to pursue painting, starting with watercolor, and studied at the Alexandria Art League School, and participated in workshops in the US and abroad. In 2015, he became interested in abstraction and acrylics and since then has had an active career as an artist both here and in his native country ofArgentina. He is now a US citizen.
His first solo exhibition, called “Klimtmaniaand Company,” was on view at 1st Stage Theater Gallery, in Tysons, VA, fromSeptember to November 2019. In March of 2020, an exhibition of his Argentine Landscapes was opened at the Embassy Of Argentina in Washington DC, butclose due to the pandemic a few days later. That exhibition will reopen with new works in June of this year. In addition, two more exhibitions of his different series of pieces are being planned for September and October of this year.
In October2020 he was accepted by jury to become a member of the Torpedo Factory Artists Association and, since, has been active within the group as member of various committees and showing his work at the association’s galleries in the Mosaic district and at The Torpedo Factory Arts Center.
He is a member of the Alexandria Art League and as such, has show work in show organized by that group and also as member of the Potomac Valley Watercolorists and the Capitol Hill Art League. In addition, he has shown work at Touchstone Gallery, FairfaxA rts Gallery, Del Ray Artisans, VMRC, Hill Center and others. He has been the recipient of several awards.